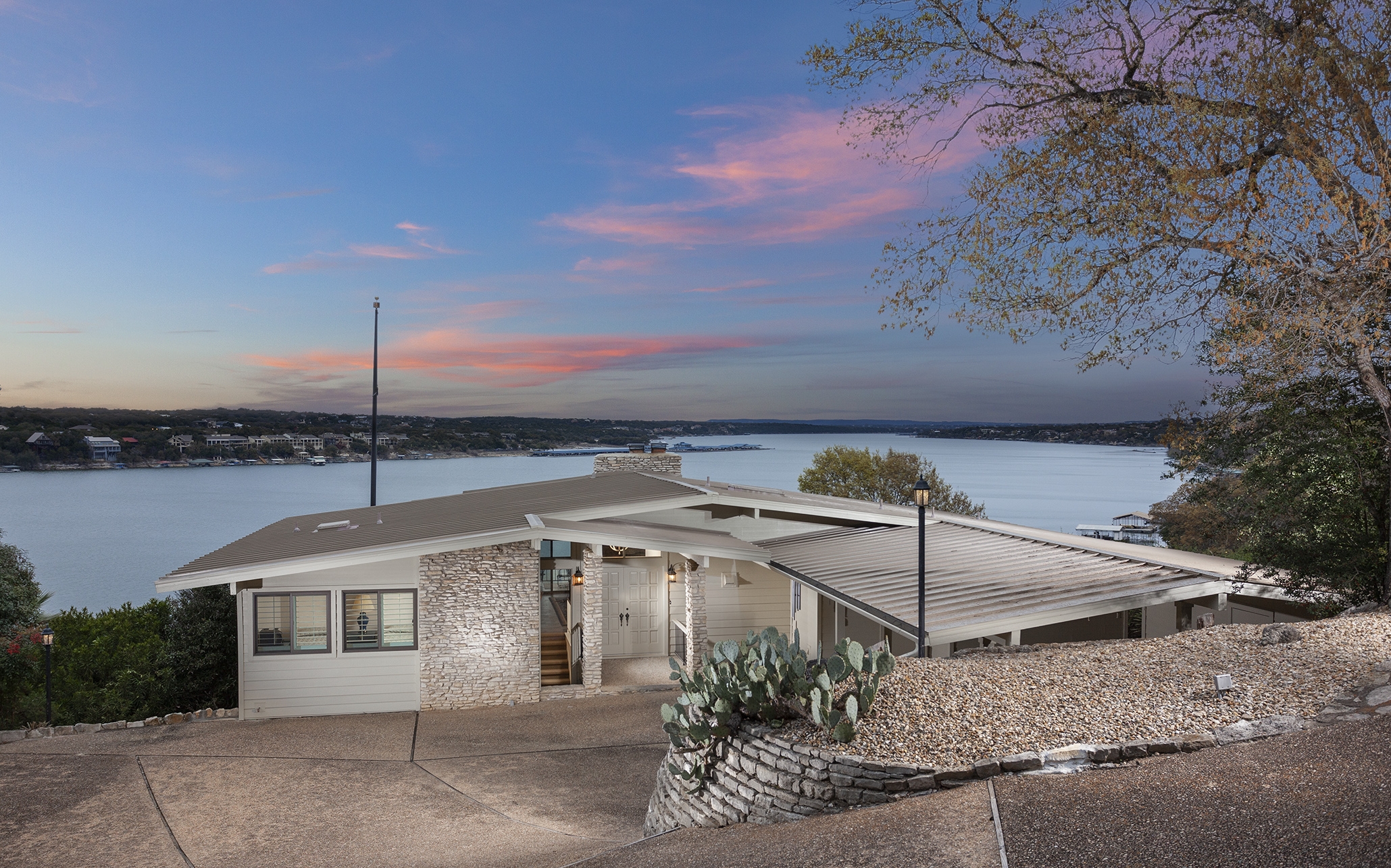 Amazing offering! Introducing a one of a kind Lake Travis waterfront with 400+/- feet of deep-water shoreline.  First time ever offered to the market, current owners have been approached to sale many times over the history of Lakeway, with no interest in selling. It’s no wonder… The stunning home setting and potential build site on adjoining lot allow for a huge spread with unobstructed views spanning from shoreline to small open cove. Neighboring homes are setback and out  ofview lines. Quite possibly, this may be the most appealing setting Lakeway Proper has ever had to offer.

613 Cutlass, is a wonderful mid-century modern home that has been remodeled with a fresh current style. Huge glass doors and windows span from wall to wall overlooking elevated northeastern views of Lake Travis, and that’s just the direct view! Look to either side for the other directional views. Gently sloping stone path leads to shoreline patio and boat dock.

611 Cutlass, adjoining lot offered with 613 as a package is a very special site. Words cannot explain the potential for an exclusive landmark architectural design and build. Rounded shoreline gives the feeling of a peninsula estate. Level build site with 2 gently sloping stone paths to the shoreline.

Live the lifestyle of the city, on the Lake.

With lots of shoreline...